It’s always an honor to be asked by fellow wedding professionals to photograph them, especially when it’s an Iceland elopement. Rob and Lyndi of Sugar Rush Photo/Video are a wedding photography/videography couple from Salt Lake City, Utah. They reached out to me a few months back wanting to elope to Iceland. From the get go I was excited. Iceland! Finally! And with other wedding professionals!(they understand my need for stopping every 2 minutes to take photos). So I said yes and boom we were all off to Iceland. We arrived at 4am after the worst snow storm of the year(2 feet). Apparently Iceland doesn’t get much snow, ironic, I know. The whole capital was nearly shut down so our shuttle van never came and we had to fend for ourselves to get to the camper van rental. After a long flight and a long morning of getting our gear to the camper van rental we finally got our van that we were all going to live out of for the next week. Yes, one week, 4 people(me and my assistant). The first night we camped at Skogafoss which is a super accessible waterfall but most importantly it had bathrooms and a place to shower. Not going to lie, the romantic idea of a camper van far outweighs the reality of it haha. From Skogafoss we drove to the tiny town of Vik where the black sand beaches begin.

In Vik we camped at a gas station and were all geeking out on the beautiful scenery that was everywhere. That night while doing the dishes I looked up and saw what I thought was a cloud. Just to be sure we drove up into the mountains away from town and we soon realized it was the NORTHERN LIGHTS! Such an amazing thing to see with your own eyes. The photo of the van below isn’t even the best one, wait until I blog the travel part of the trip next week! From Vik we drove out to Jokusarlon Glacier Lagoon where the reading of the vows would take place. Rob and Lyndi officialized everything before the trip so they just wanted to read their vows which they wrote the night before in the van and spend the rest of the few days we had taking photos. Usually I have around 20 minutes with a bride and groom for portraits, on this trip I had almost 3 days!

The night we spent at the glacier lagoon was just magic. The northern lights were the brightest of any night we spent in Iceland and you could visibly see them dancing across the sky. It was an absolutely amazing experience. The glacier lagoon and black sand beach which is full of icebergs was one of the most beautiful things I’ve seen as well. That’s where Rob and Lyndi planned to read their vows the next day. Later the next afternoon after we’ve spent all day freezing and running around taking personal photos Rob and Lyndi put on their wedding outfits and off we went down the beach to find a perfect spot to read the vows. Little did we know the tide changes really fast there and about a minute into Rob reading his vows the waves started crashing in dangerously close(bringing ice chunks the size of a car with it) so we backed it all up and found another spot ON AN ICEBERG! Normally I wouldn’t ask my clients to climb on a slippery iceberg but Rob and Lyndi thought the idea was super rad and were all for it. After the short vow exchange we spent the rest of the day shooting in that amazing northern light which seems to last forever. It’s a wedding and a trip I won’t soon forget. If you’re thinking about doing an Iceland elopement, I’d love to talk to you.

As always, I love to hear your feedback. Feel free to drop any comments/questions in the comment section below! 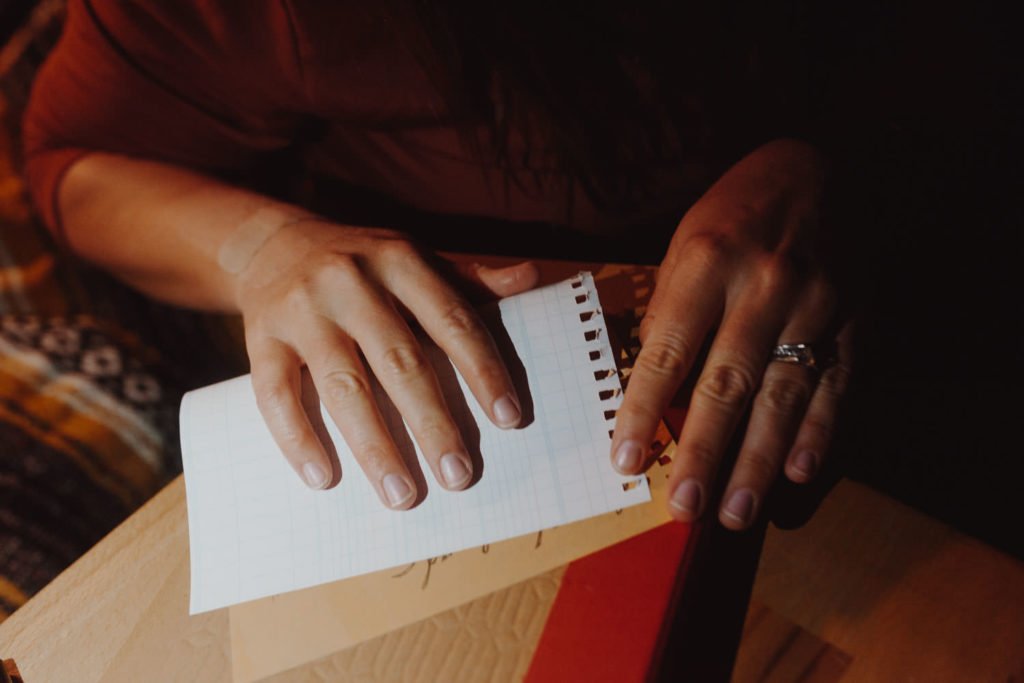 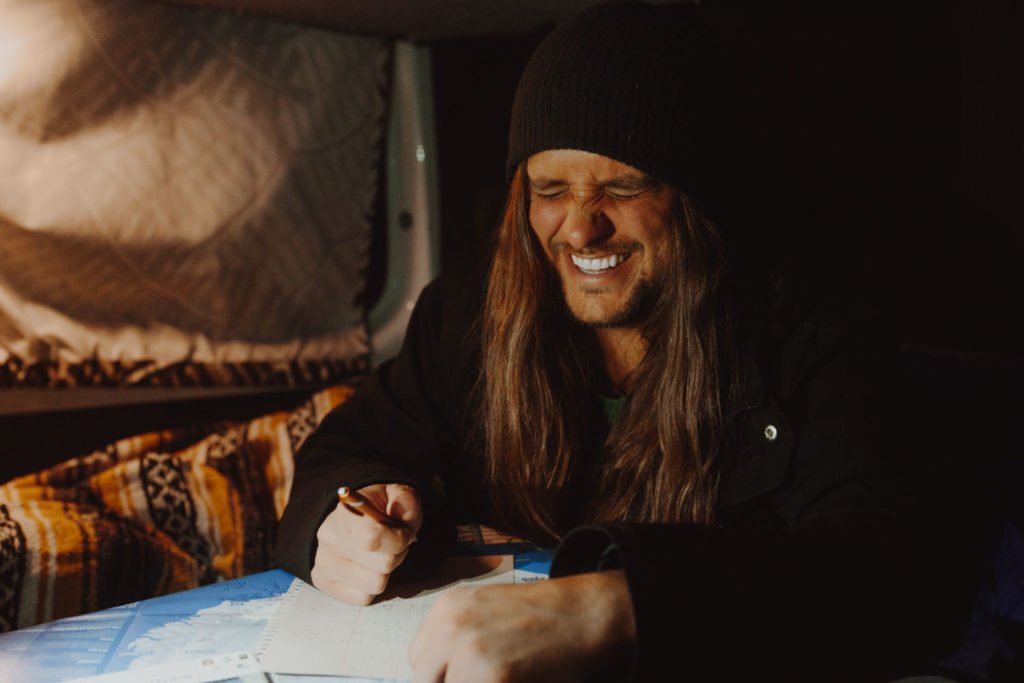 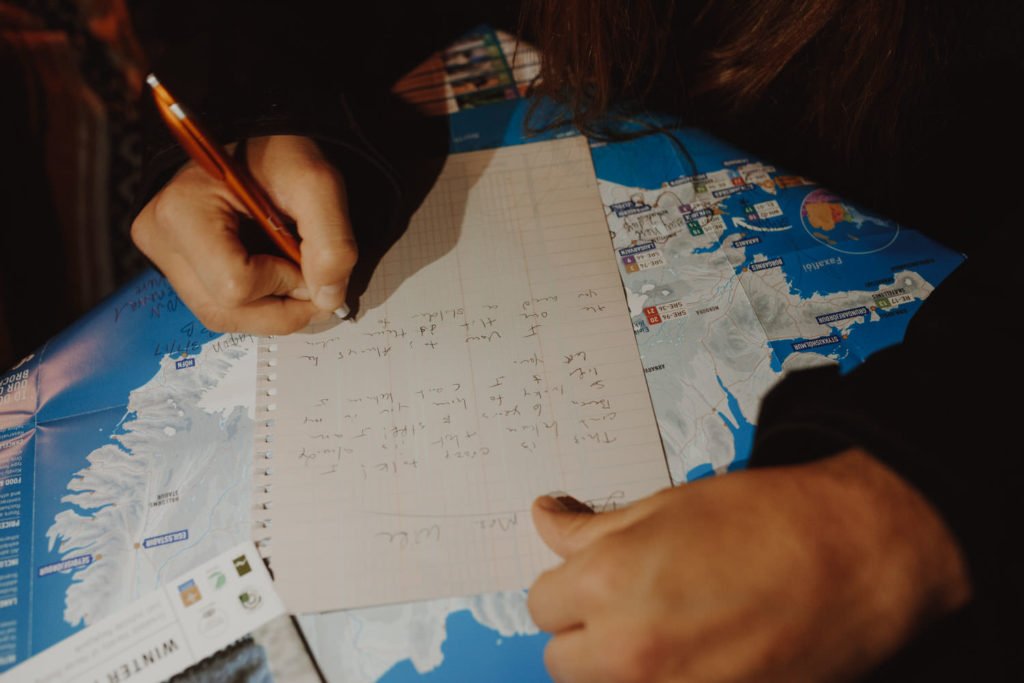 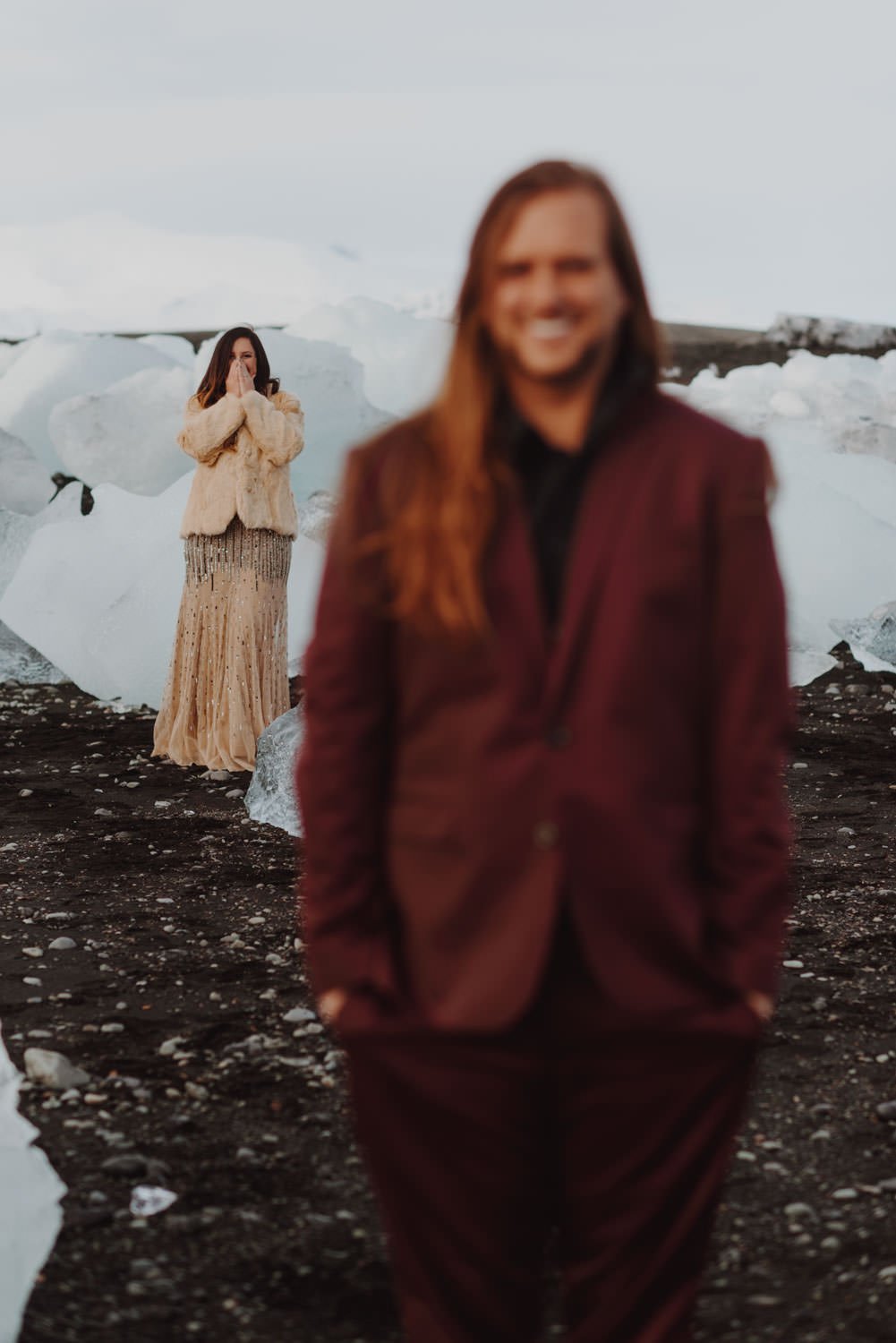 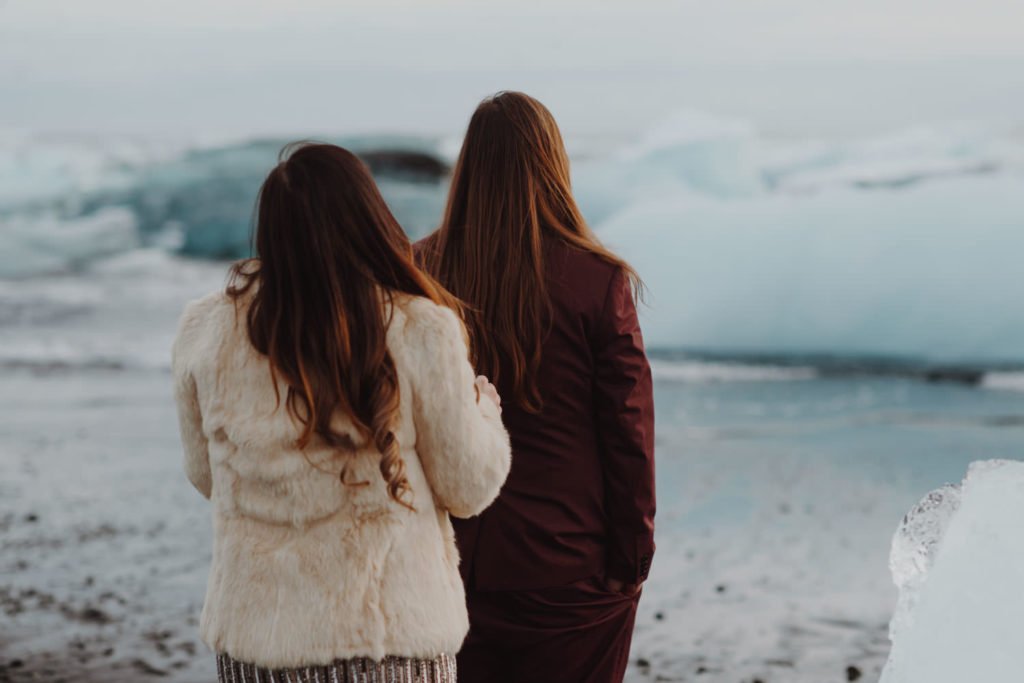 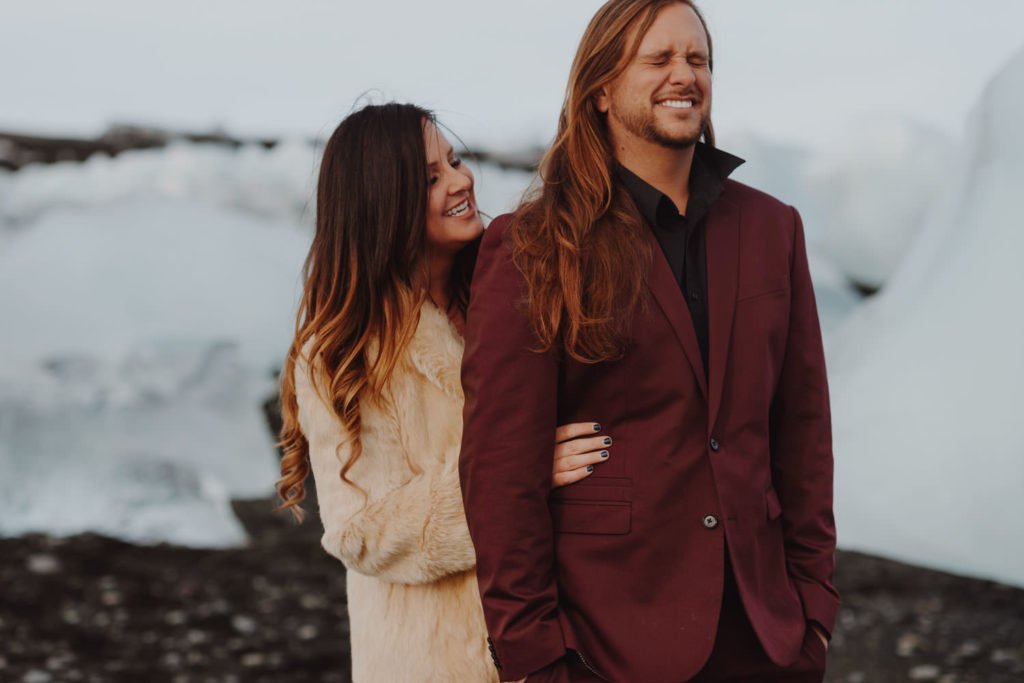 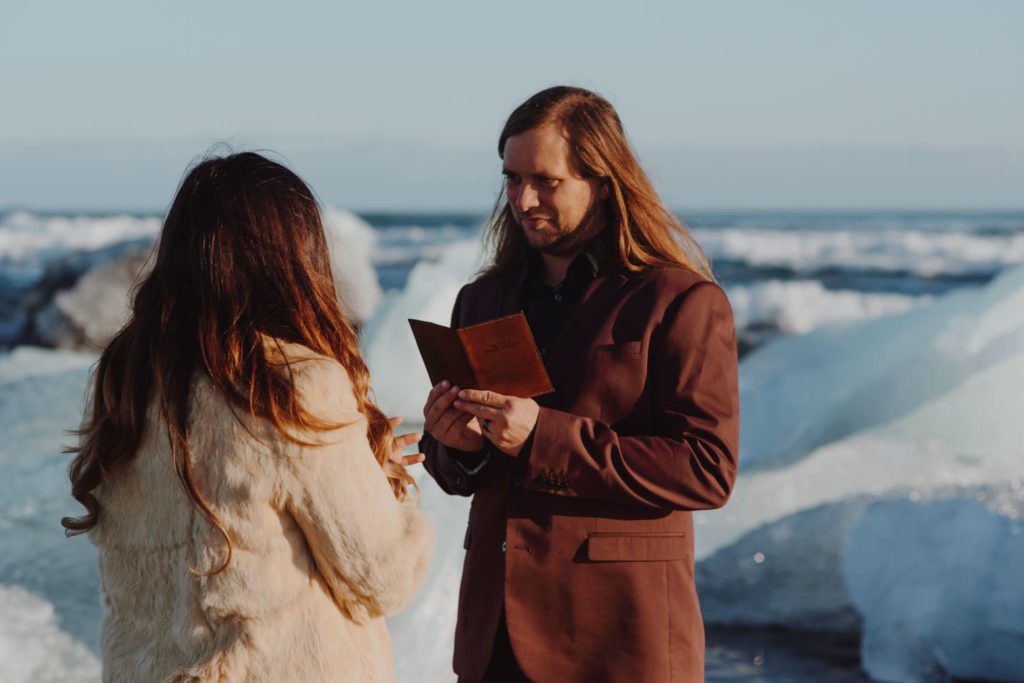 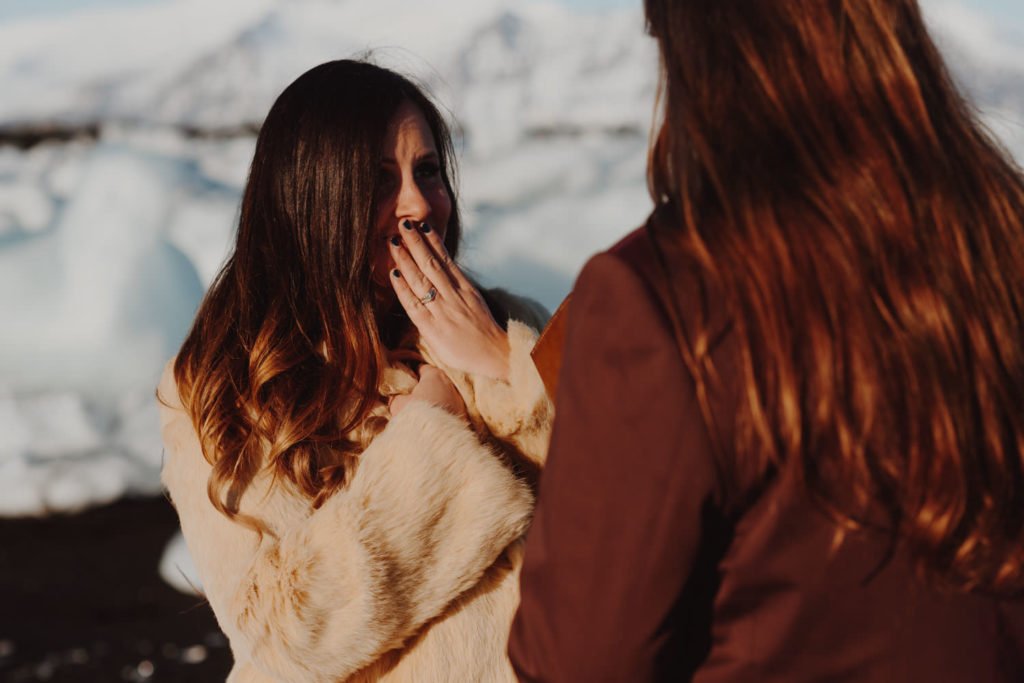 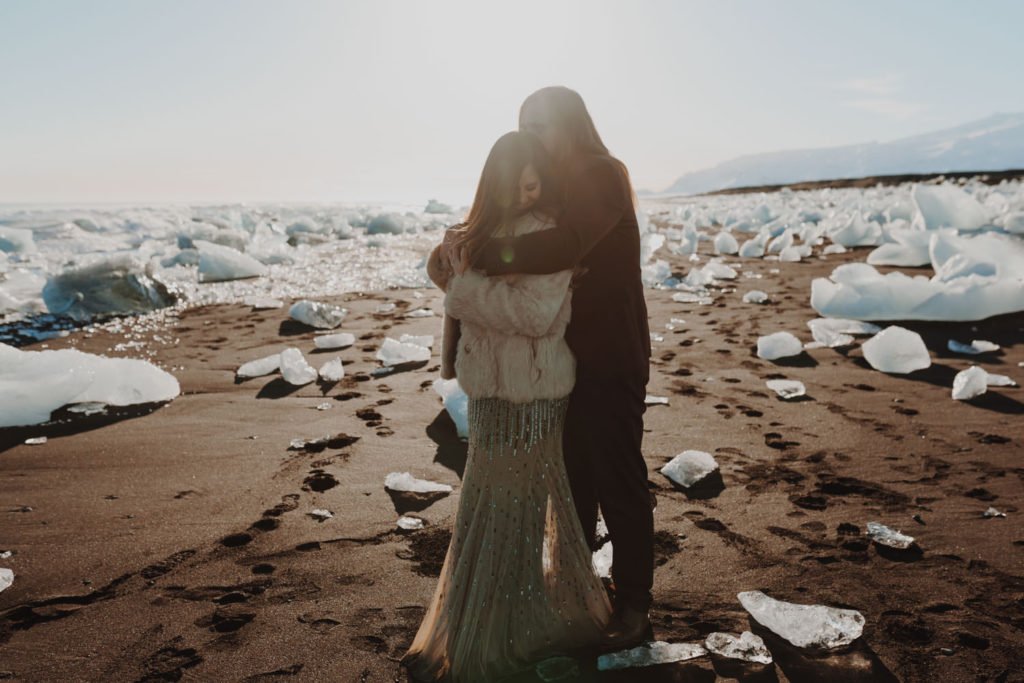 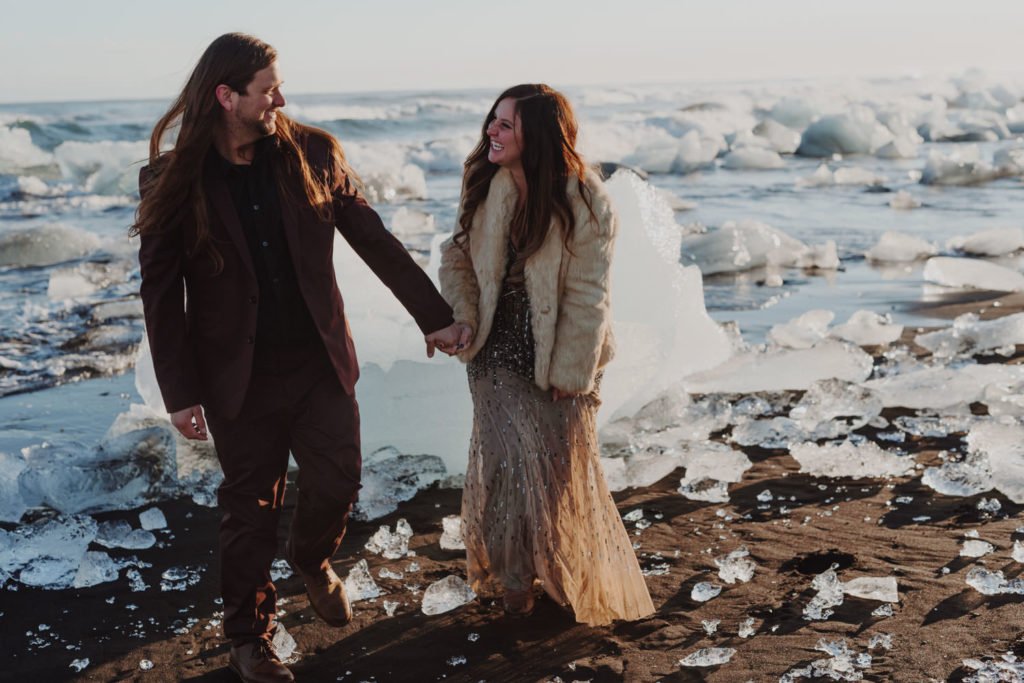 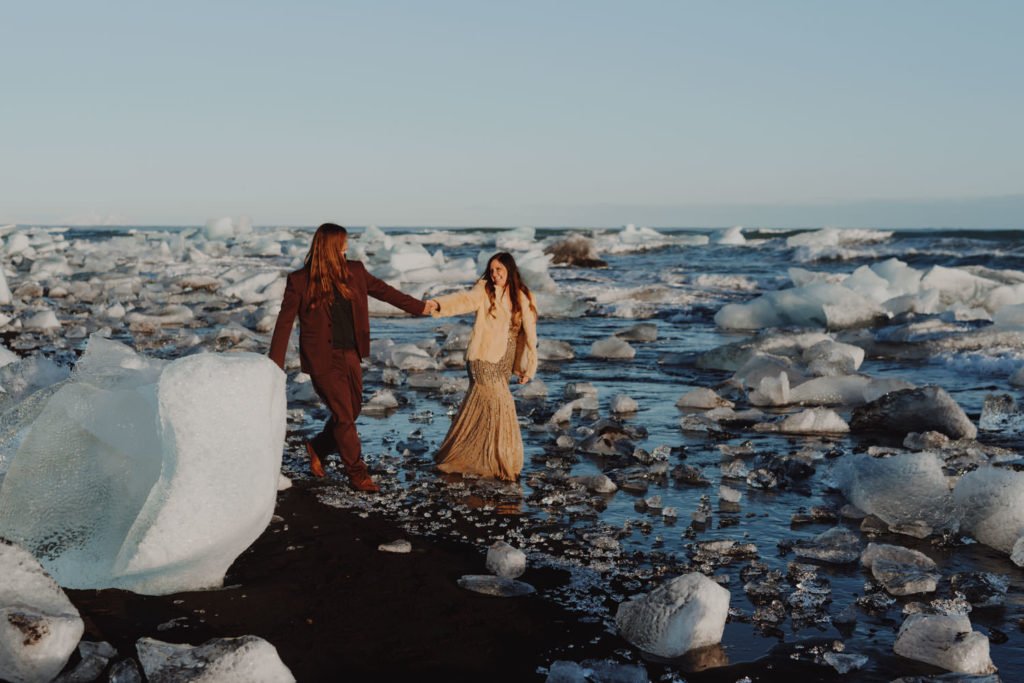 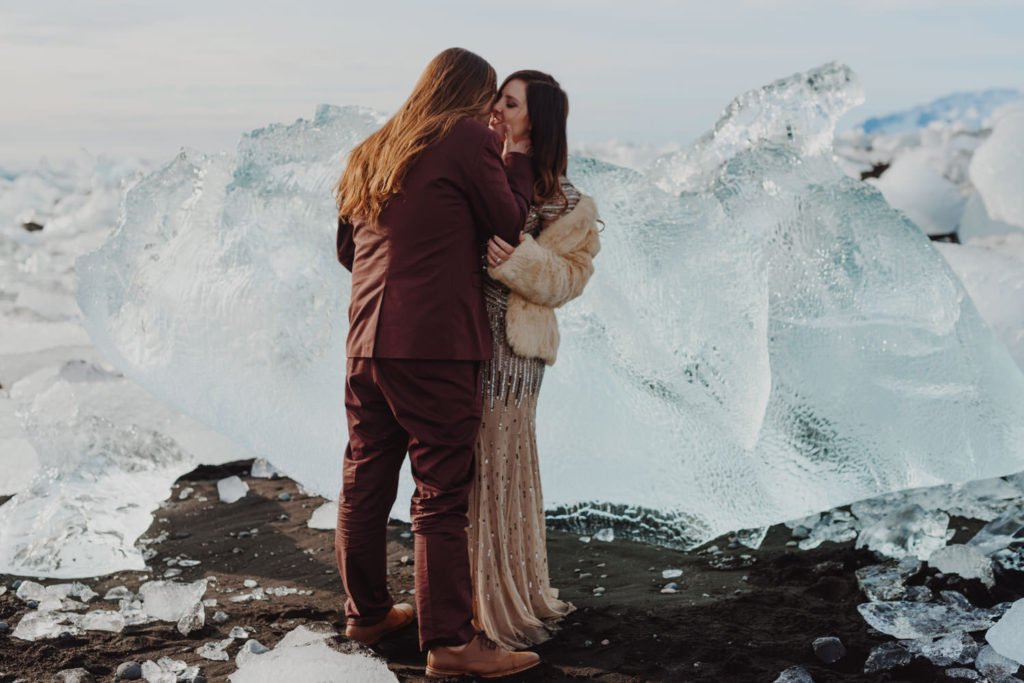 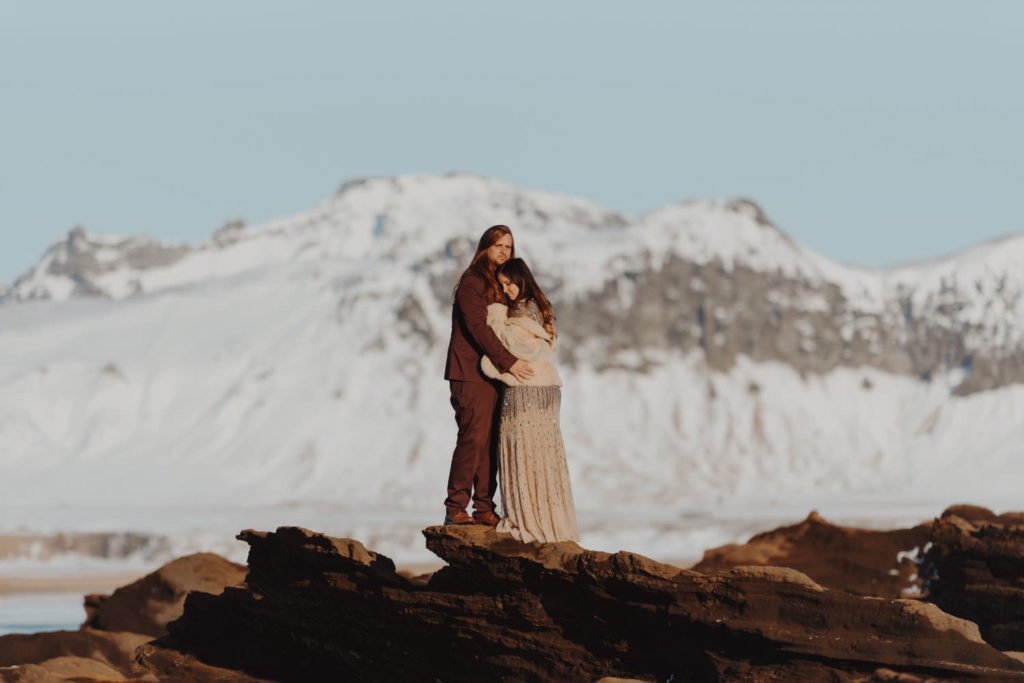 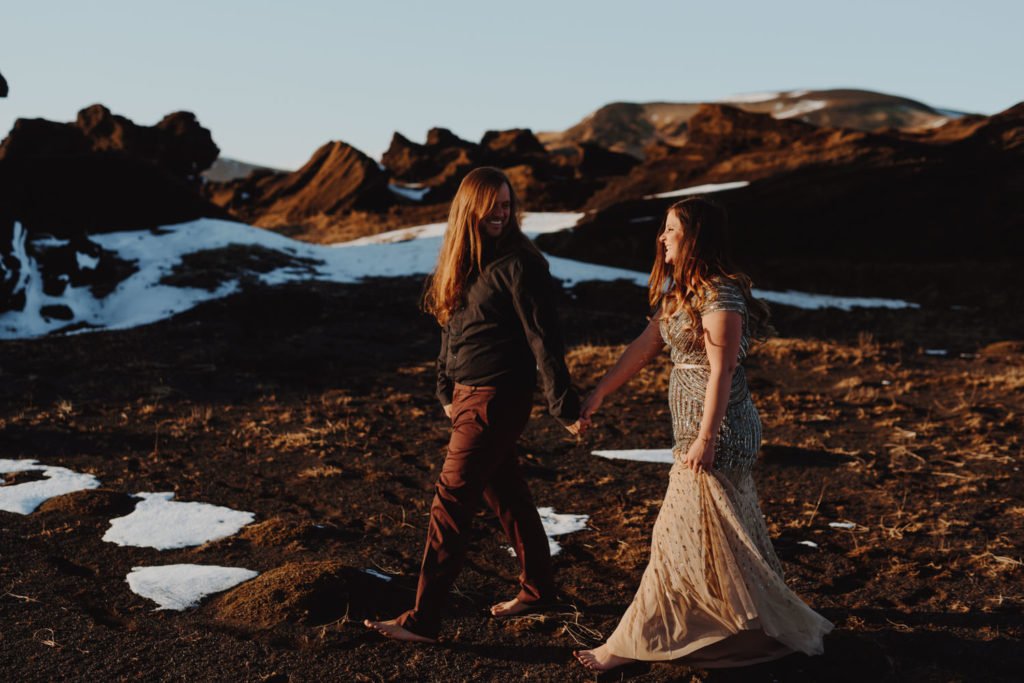 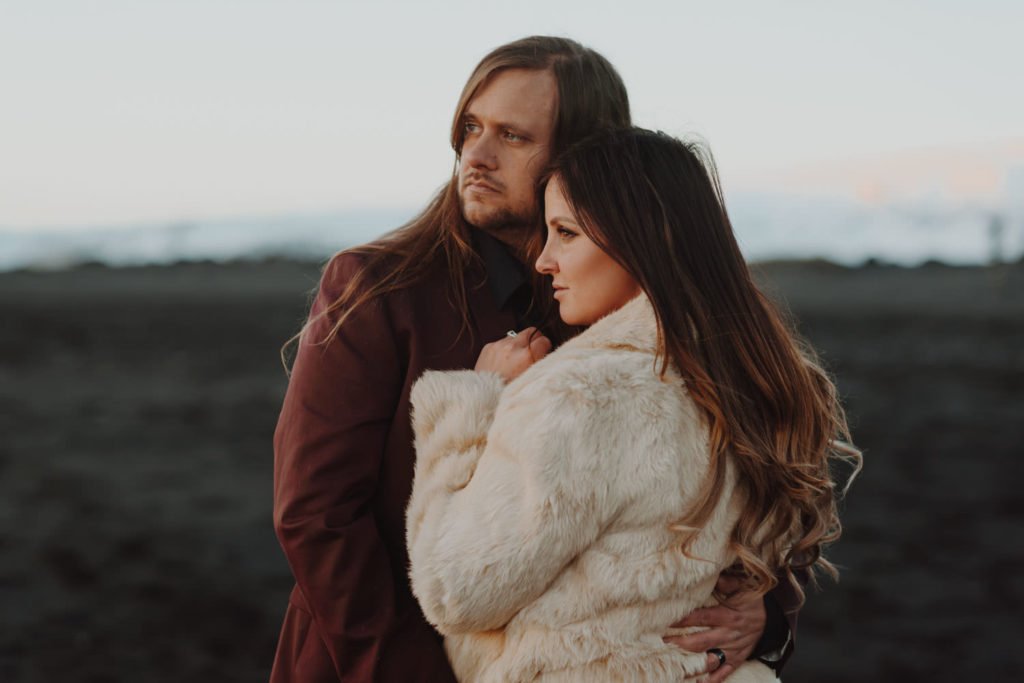 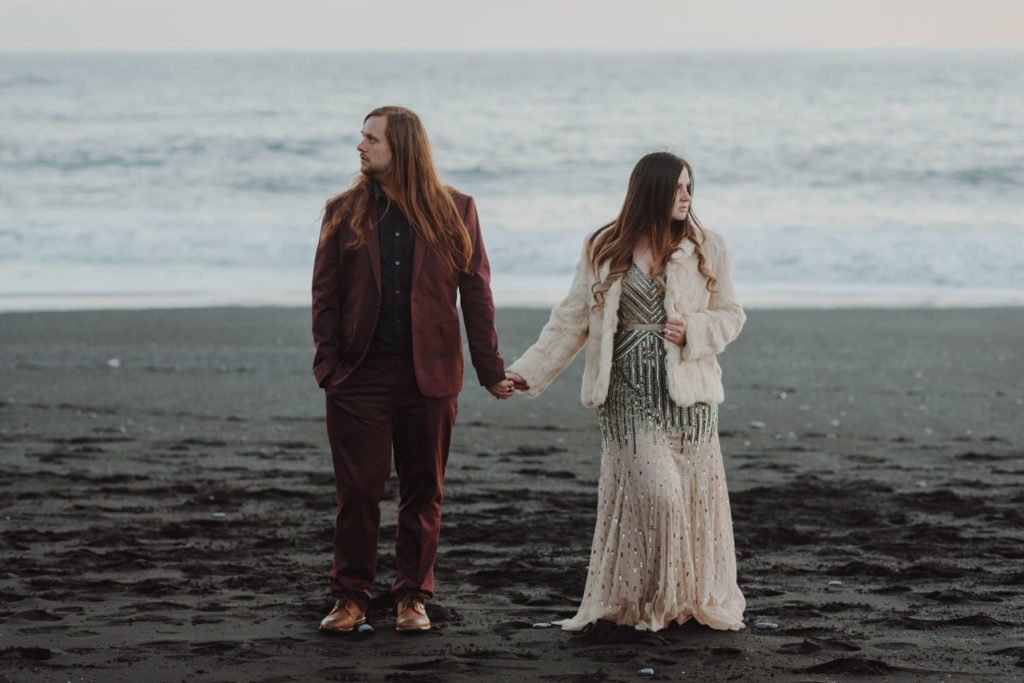 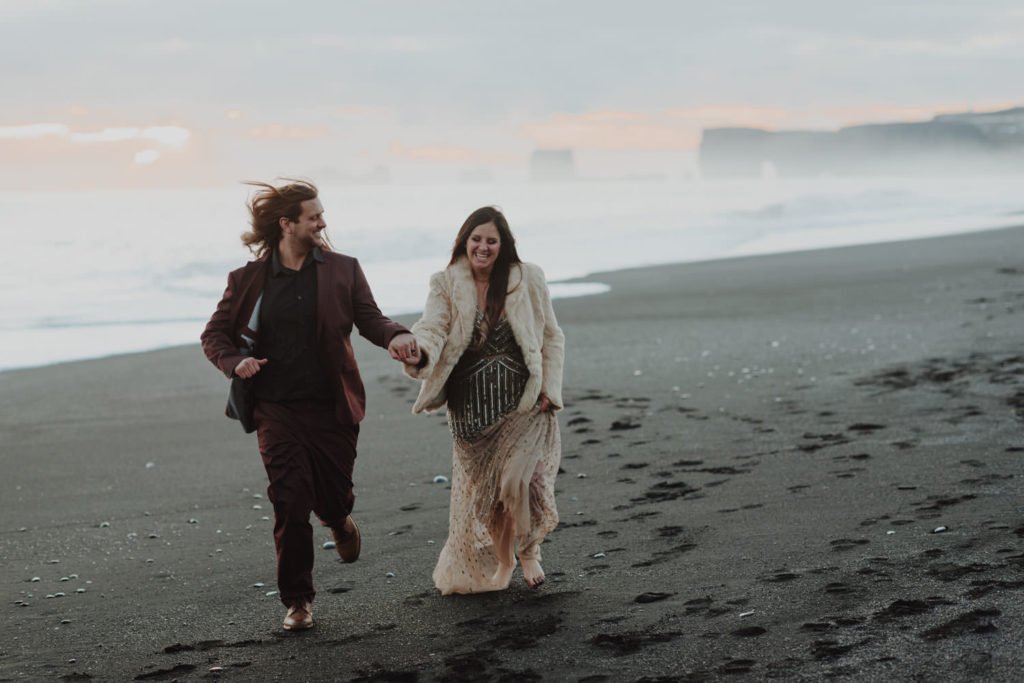 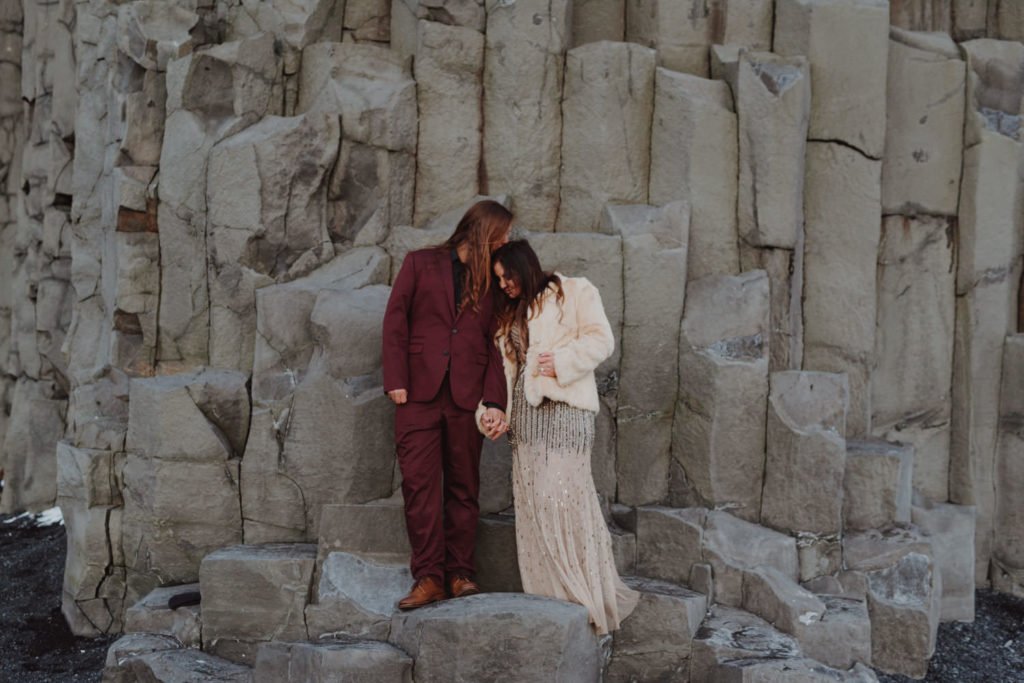 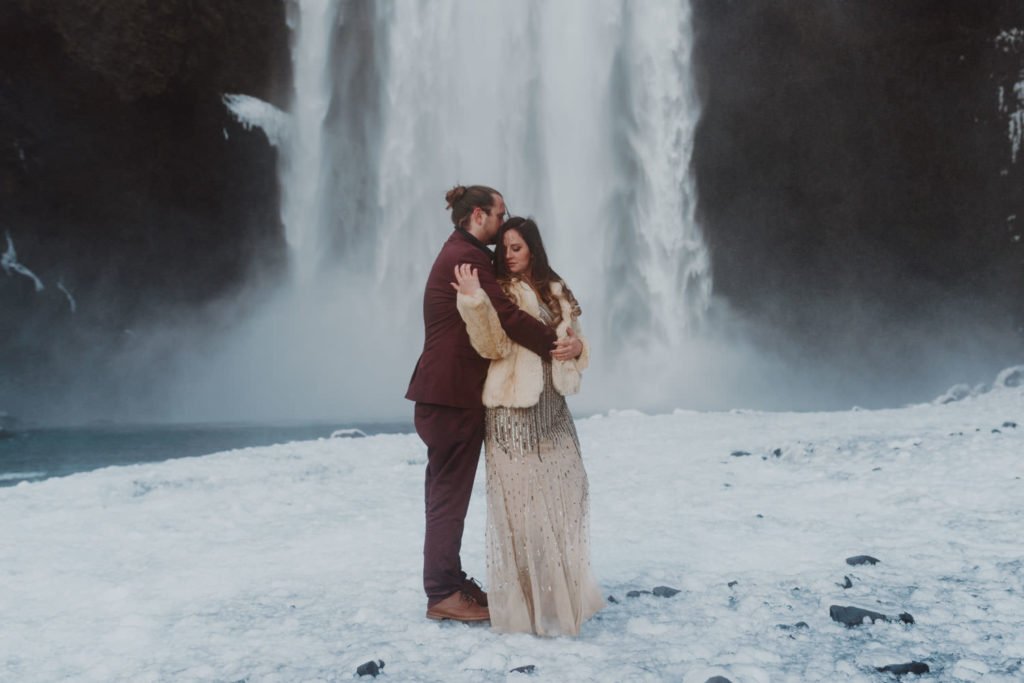